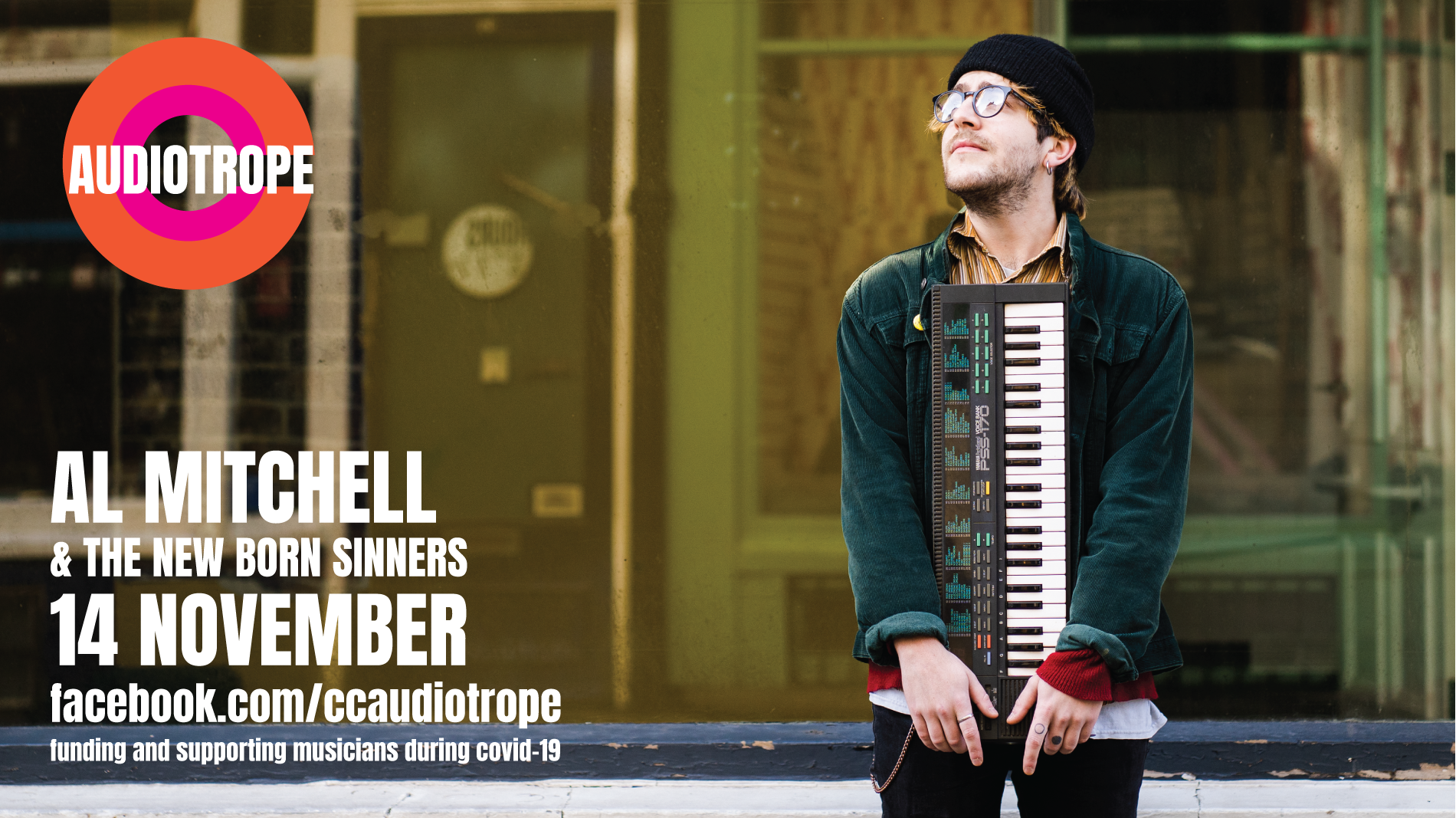 Influenced by the awkward prophets of the American subculture before him (Grandaddy, Eels, Ariel Pink), but incorporating pop hooks worthy of indie-pop luminaries such as Beck, Pheonix, & MGMT, Mitchell is carving out his own fascinating path through the UK music landscape. The plaudits being received for his new musical direction the result of years learning his craft in and around the burgeoning alternative scene of his hometown of Hastings; a scene he can legitimately lay claim to having helped forge with his other bands Baby Goliath, Somnians and King the Native. But Mitchell is far too humble to make such proclamations, being as he is, the seaside town’s poster boy for shy alternative rock.

As is such for the introverted, he learned to be resourceful, honing his craft as both a songwriter and producer from the confines of his own four walls for the better part of a decade. In his latest incarnation, Al and his New Born Sinners strike a perfect marriage between his past and future musical directions, blending dirty guitars with beautiful synthesisers, and a passion for live drum sounds.

Funding and supporting musicians with gigs and audiences during Covid-19