Skip to content
The Hastings based trio unleashed their psych- rock sound on us via another and eagerly anticipated Audiotrope Studio Session!
Tipped as one to watch, Hot Wax have already had their material played on BBC Radio Introducing, BBC Radio 6 and Radio 1.
They’ve also got the attention of successful and critically acclaimed songwriter/ drummer/ recording artist, Joel Amey of the Brit Alt – rock and Mercury Prize winning band, Wolf Alice. Joel bigged the band up and picked them as one of his favourite new artists when talking to Jack Saunders during Jack’s popular Radio 1 show…… “Oh man! If they’re doing this now, the world is their oyster!” – Joel Amey.
The band have a number of festivals and gigs booked over the summer, one of which they’ll be supporting fellow Hastonians, Kid Kapichi at The White Rock Theatre.
Follow their socials and don’t miss this session filmed at Savage Sounds Studios in Hastings by videographer Alice Denny and sound by Kevin Vanbergen.
If these guys can produce the sound they do at such a young age, they ARE definitely going places.
Follow their socials for information on new music, gig dates and more:
Instagram
Facebook
Spotify
Thanks to Arts Council England for believing in this project and helping us to help the creatives on this coast. Funding and supporting musicians with gigs and audiences during Covid-19 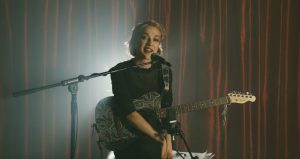